The company behind Ten Points was founded in Norrtälje, outside of Stockholm in 1983. Their first ever collection carrying the Ten Points logo was launched two years later. It became somewhat of a success and shortly thereafter they decided to renamed their company after the shoes. Ever since that first collection they’ve focused on their very own version of Swedish style. Their vision was (and still is) very simple: to create quality shoes that make the wearer feel special.

Those first years were marked by hard work finding the right manufacturers across Europe as well as finding dealers bold enough to back the new kid on the block. Once firmly established in the marketplace, Ten Points was given an even more refined fashion direction. They decided to step out of the mainstream and their design efforts became progressively sharper and more uniquely their own.

Today the Ten Points brand stands for quality shoes with modern, Swedish design and comfort. They've relocated thier head offices to Ängelholm in the south of Sweden, but retain a showroom in Stockholm. 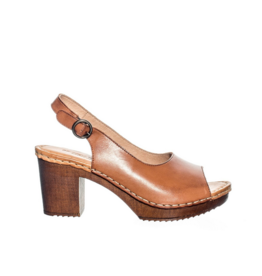